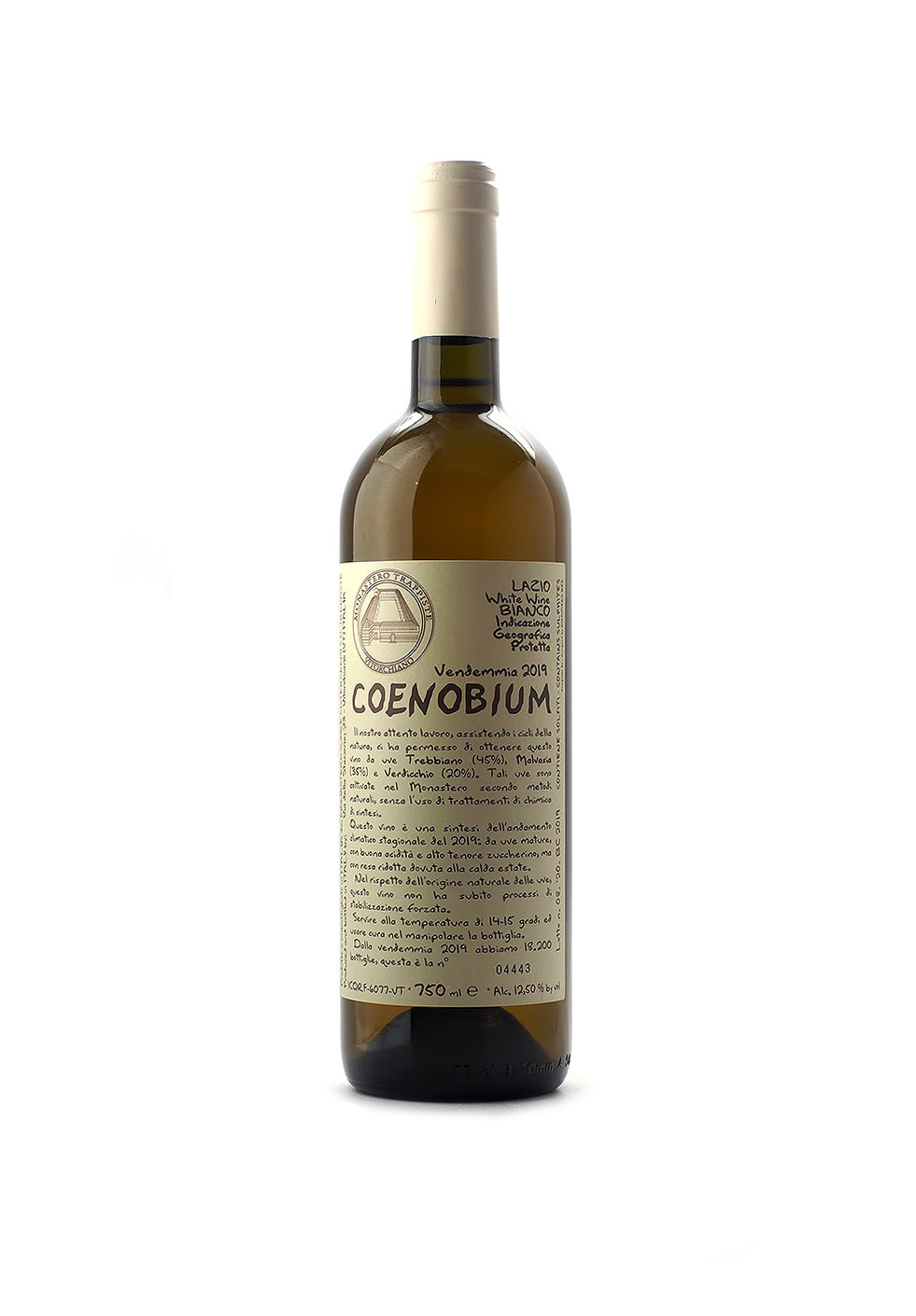 Not yet rated Add your review

It’s difficult to believe that we are preparing to receive our fourteenth vintage from the sisters of Monastero Suore Cistercensi. Led by Adriana and Fabiola, this convent of 70 Cistercian nuns has been organically farming their five hectares of vines in Vitorchiano, Lazio, since the early nineties, but it wasn’t until the legendary Giampiero Bea (of Paolo Bea) began advising them in the early 2000s that their wines gained a larger audience. Today, a ravenous US audience eagerly awaits each new release of “the nun wine". The wine's co-harvested and co-fermented Trebbiano, Verdicchio, and Malvasia translate the power of the vineyard's volcanic soils with a sombre interplay of smoke and iron with green apple, fennel frond, and honey.